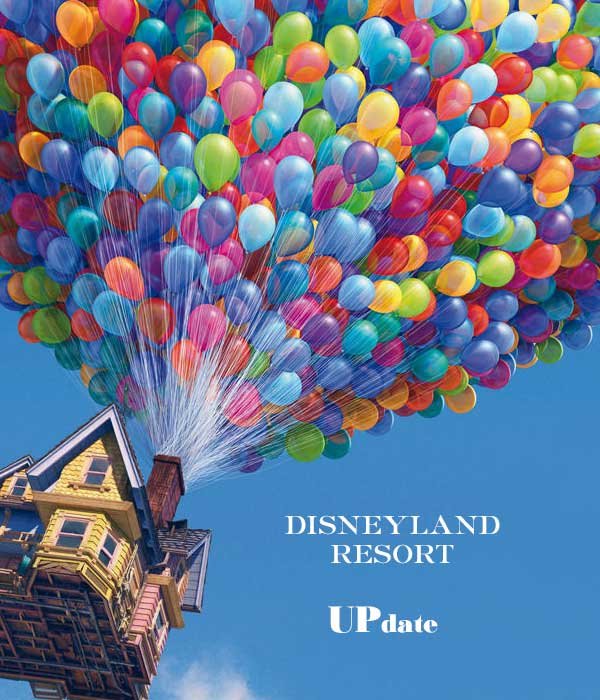 On Thursday, June 25th, Disney announced plans to re-theme its Splash Mountain Ride with a whole new design focused on the movie, The Princess and the Frog. The ride features songs from the movie but takes place after Tiana and Naveen have their happily ever after. Instead, it introduces a whole new storyline with Tiana and her alligator pal, Louis, as they prepare for “their first-ever Mardi Gras performance.” 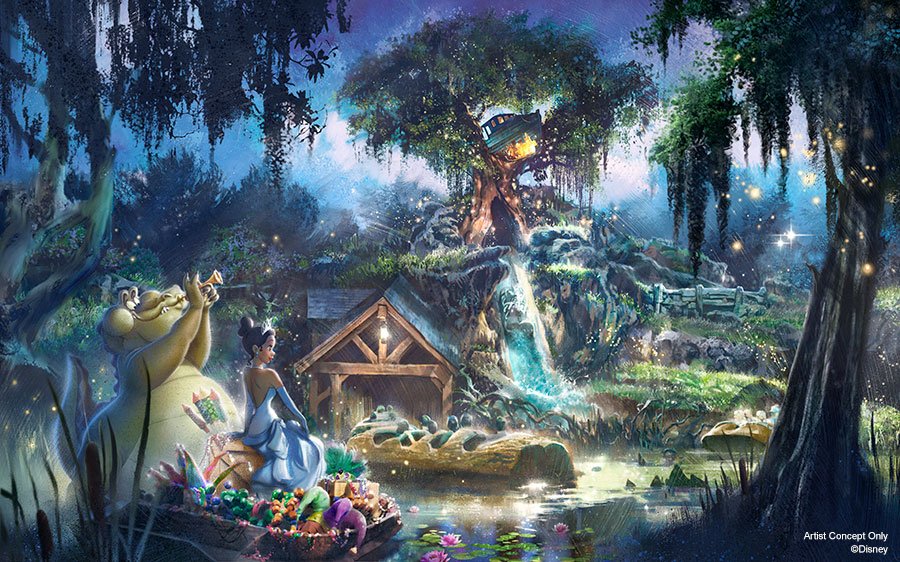 Design work for the ride is already underway, with only one piece of concept art released by Disney Imagineers. Based on Disney’s track record with other rides, there are a few things we can speculate about the Splash Mountain ride itself.

1. The track will likely remain the same, with the big drop and the flume ride still being a huge staple in the ride.

Disney did a similar overhaul with the Maelstrom ride in EPCOT’s Norway pavilion. Catering to the success of Disney’s Frozen, the decision was made to transform the ride and make it more relevant to current generations. For those who have ridden both attractions, you may have noticed the track stayed relatively the same with very minimal adjustments made. The same is to be anticipated for the beloved flume ride, which returns only with a fresh update on the outdated theme’s interior.

2. The storyline will probably be a blend of the old and new.

Disney loves recreating its classic stories, appealing to the nostalgia audiences feel when reliving their favorite childhood movies. But it also loves giving us a whole new way to see the characters we love beyond their happily-ever-after endings. We already know the storyline is brand new but showcases some of our favorite songs from the movies. As a result, the ride will probably start a year in the future and lead to the duo reminiscing on how their friendship came to be in the first place, similar to Scuttle telling Ariel’s story in The Little Mermaid ride.

3. Some parts of the interior will stay the same.

Many Disney fanatics are familiar with how often Disney reuses old animatronics and features in their rides. Some get recycled into other attractions, while others stay within the same ride. One particular aspect we’re speculating about is the river boat at the end of the Splash Mountain ride. When Tiana first made her debut in the parks, she was a part of huge Mardi Gras celebration on the Liberty Belle in Magic Kingdom parks. Considering the theming, storyline, and placement of the riverboat on the ride track, this will likely be mirrored in the finished product, as well. 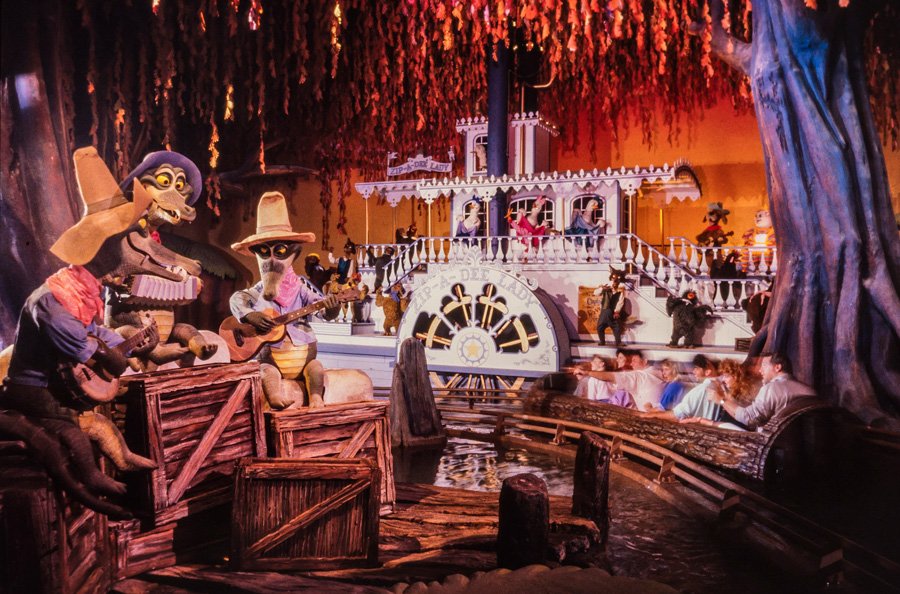 When will production for the new ride begin?

If you’re worried about missing out on that last ride on your favorite attraction, don’t worry. The ride will reopen on both coasts once the phased reopening begins. No date has been set for the re-imagining yet, though both Disneyland in California and Magic Kingdom in Florida will receive the updates whenever ready. Tony Baxter, who was the imagineer in charge of the original ride’s design in 1989, will also consult on the new attractions development.

Why change Splash Mountain at all?

Disney explained that this decision comes from almost a year’s worth of interest in updating the ride but found it necessary to announce changes earlier due to a petition started on Change.org. The current theme of the ride features the movie Song of the South, which has been locked away by Disney since the late 1980’s. The movie has been criticized for years for perpetuating racial stereotypes and glorifying the antebellum South.

While many argue the controversy surrounding the ride is driven primarily by the recent advances in the Black Lives Movement, the controversy of the film dates back to even before it hit theaters in 1946. The first and only screenplay created by Southern writer Dalton Reymond, the original work was met with resistance from multiple parties, including the NAACP and the American Council on Race Relations, all to no avail.

Originally, African-American actor and writer Clarence Muse was brought in to consult on the script. He pushed for a dignified representation of the African-American characters but was swiftly shut down and later removed from the project. Writer Maurice Rapf was the next to advise on the script. He, too, worried the film portrayed African-Americans as submissive and catered to stereotypical views of the time. Like Muse, he left due to disagreements with Reymond. 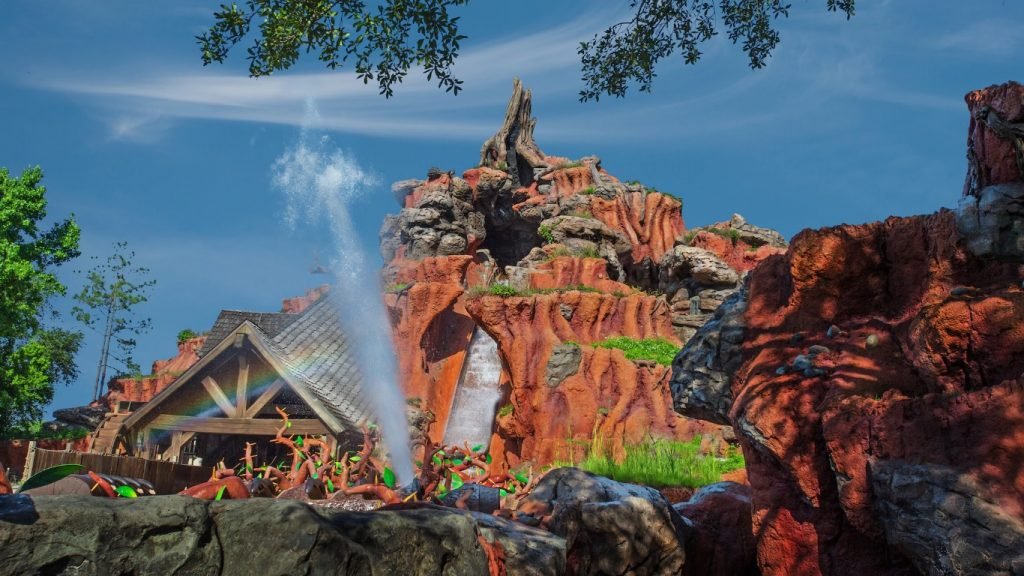 Though most who ride Splash Mountain today have never seen the movie behind the ride’s origin, the film’s past is enough to generate appeal in recreating it. Other rides in recent years have made changes to characters and sequences in a push toward more sensitive content. This includes the Pirates of the Caribbean “Auction Scene” being transformed, with the redheaded woman in the spotlight, Redd, taking on her new persona as a pirate. The new design of Splash Mountain removes the last remnants of an 80-year-old argument while also providing more relevant content for younger audiences.

The Future of EPCOT

8 Rainy Day Attractions at Disneyland Parks You Should Check Out